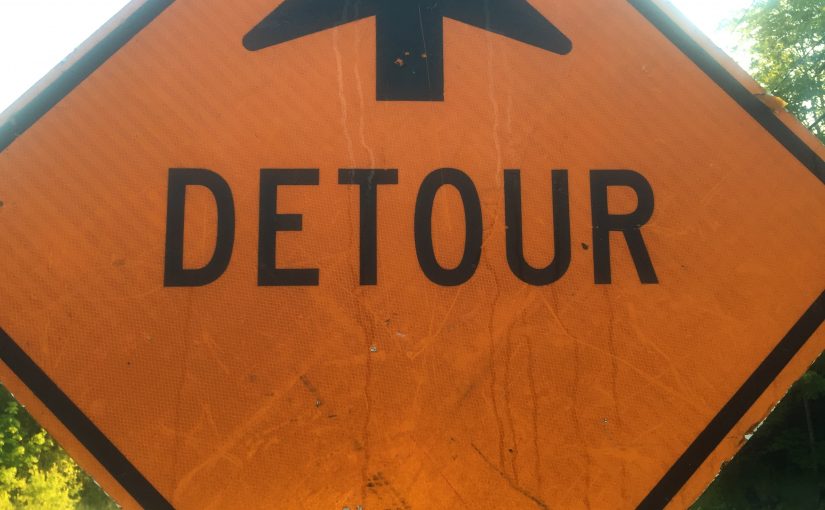 A reminder. These posts are simple stream of consciousness journalling aimed at controlling CPTSD symptoms. The free form nature means truth often hides here. They are guided by music to keep my left brain occupied and me honest. In both cases trickery. It’s what I’ve got, hope it helps you.

I’m lucky enough to have had Crohn’s since I was a child. Although I did try to have my partner removed surgically three times. “You’re a scar burned into my skin….You’re the weight beneath my skin.” Ivan is singing about a girlfriend I think, but fitting here just the same. Crohn’s has never really kicked my ass in the ring since that last surgery. He went away pretty wounded. But yesterday he declared he was ” Sick of all the bullshit. Why should I always be the one to back away.” Ivan again.

Let’s back up. I started yesterday at 12:30 am with a series of nightmares I knew well enough were the start not the end. I got up, got a book, my iPad, phone, a coffee, anything I could think of to distract myself. Sort of like I’m doing with you at four thirty this morning. Yesterday there was no distraction. I really tried to post, but I needed my knees tight against my chest, my arms wrapped around my legs, so I wouldn’t fall apart. The electrical buzzing of hyper vigilance was so severe I was sure my joints were going to burst. “I’m a mother fucking wrecking , I’m a mother fucking wrecking ball.” As if on cue, Ivan.

At some point I noticed something different in my joints. Severe arthritic pain, the kind that usually accompanies a Crohn’s attack, it’s like a free included inflammation, before long my stomach was on fire and the agony my old friend wields began to settle in. “Battle born” oh yes Ivan, I’ve battled this beast many times. It doesn’t go well. I’m trying to inject humour here so help me and chuckle if you can, it’s funny. I’m just tired. Long weekend and all.

Anyway, by mid day the Crohn’s was so bad it was taking centre stage even though the flashbacks and fear were continuing. At one point I struggled for breath and thought I’d contracted pneumonia during a visit to the hospital for tests this week. Seriously. Running a ten on the terror metre and full eight on the Crohn’s chart, my joints feeling like a much older man’s and I’m trying to toss another symptom onto the pile. That’s when I laughed. It had to be the start of a panic attack, and why the hell not, right. “I’ll always be a living nightmare from the cradle to the grave.” Oh, Ivan gets Crohn’s disease.

“What kind of man would I be if I accepted defeat, what would my eulogy read? There lies a wasted soul.” Oh, manna from the Vegas Death Punch crew. I wonder if I was listening to this yesterday when I had my epiphany. I’ll say yes, because it fits so well with what made me laugh at my own folly. I was sitting in that semi fetal position, if I wasn’t running down the hall. I was fearing fear, and hiding from flashbacks as I clutched a burning stomach and struggled to breathe through a stress tightened chest. Seriously. Talk about a wasted soul photo op.

I’ve had Crohn’s since childhood and while it doesn’t play well with CPTSD, it does play fair when properly medicated. I went to the medicine chest thinking only of Crohn’s. Not the dead body that was flashing at me in the mirror, it was not her turn. She’s with me now, a gorgeous young woman at that, it’s her time now. But she is allowing me this first, so Im trying to type slow. Tough with thrash metal blaring. Back to yesterday, I medicated the Crohn’s symptoms and by seven thirty last night they had ebbed. During those few hours I tried to ignore the hyper vigilance and fear and focus on the pain. It worked. Crohn’s over CPTSD by a KO. And Phonse over both by a TKO, I’ll take a technical win from a generous judge when I can get it.

Here’s how I win. The nightmares pulled me from bed at 4 this morning, it actually felt like sleeping in. The first thing I did was medicate my stomach, then I went for the distractions, the tools like this journal to help me deal with my CPTSD attack. Why, because like the steroids, pain pills, muscle relaxants and other miracle drugs in the Crohn’s arsenal, these are the meds I use to control this disease. “What kind of man would I be if I accepted defeat?….a wasted soul?” Indeed.

My old friend is probably back in my gut because it’s been a staggeringly rough patch in the anxiety fields. But he came back knowing that he can knock me down but I will win, if he knocks me out I bring in a surgeon and cut him out. Crohn’s plays by those rules now, has for several years. So he flattens me for a few hours till the meds take hold and then goes away.

I’m gong to have to stop this post shortly and spend some time wth that dead young woman and her dead friend. They deserve their due, just like Crohn’s pain. I will spend some dark hours with them and then reach for another tool and see if I can put them back in the vault. What CPTSD doesn’t know yet is that ” I give you everything, everything but blood.” Thanks Ivan that works. I will give you your time and in these early rounds you will win, like Crohn’s when I was child. But in the end I will control you.

It’s not that I won’t feel pain and suffer, I know I will always feel this pain and fear, fine. That doesn’t mean I won’t gradually learn what will shut you down after a few hours. When it is your time it will be your time, when I say it is not, it will not be.

That’s the new therapy goal. Heavy lifting maybe. But I remember curling up on the floor wishing for death in the early throws of my Crohn’s battles. No, I believe my old friend came to the ring to knock you out, and wake me the fuck up. “I’ve been beaten by better, I’ve been beaten by the best.” Thanks Ivan.