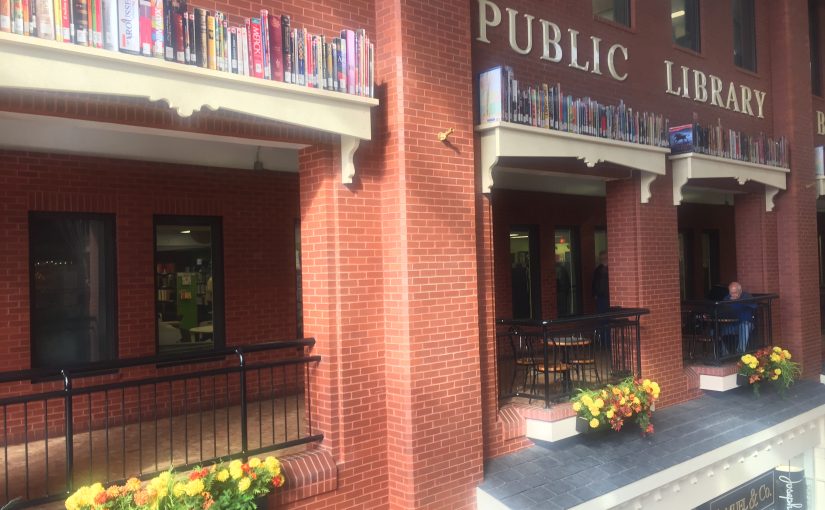 It’s Death Punch in the headset at three am. I’ve been using 5FDP to stoke a white hot anger during my library road trip. “Ive been hated by better, I’ve been beaten by the best.” Indeed yes Ivan, I have been beaten by the best. PTSD put me down for the ten count and left the arena with me still out on the mat. Yet, I find myself trying to scare it away with a little overly polished death metal. Now there’s a phrase I never saw coming. True though, the harmonies and chord structures with this band are a tiny bit too cute for a core death metal band. Ahh digression, usually a sign of trouble.

“It’s the same old fucking story, the same old fucking lies, without the same old ending, without the same goodbyes.” Tragic but true Ivan, here I sit through another sleepless night trying to find courage in the metallog. A very old story indeed. “…I don’t belong, I don’t care, you’re a scar burned into my skin.” PTSD is a scar beneath my skin, a thicker heavier scar than those left from my surgeries. Too much a part of me to scare off with some angry metal. I know that, the docs have told me using anger and rage as fuel isn’t wise. That’s okay, I’m not wise. Besides, to a degree it’s working.

“Why should I always be the one to back away, why should I have to be the one to not say what’s on my mind?” That echoes our theme from the Saint John post of a week ago Ivan, a reminder I guess to re-evaluate the idea and assess its success or failure. Last week, I forced myself into a stressful road trip in order to attend a 5FDP concert in Moncton on my way to Saint John for the book reading and signing. I mean come on, how could I drive past the Vegas 5. Truth is the next day I paid dearly for overdoing it, exhaustion leads to easy triggering and I went off like a Bruce Willis prop gun.

“Been a thousand places, and shook a million hands. I don’t know where I’m going but I know just where I been. Every day a castaway a vagabond, battle born.” Yes it’s a battle Ivan and I suppose if I survive it I will be re-born. If the response to last night’s reading here in Sydney is any indication, I am winning at least some of these battles. In Saint John the response was equally positive following my reading, but I know I struggled through a hyper vigilance attack and fought for breath the whole time. Not a good way to deliver a broadcast quality reading which it is fair for people to expect of me and which I should be able to give.

Before returning to Sydney I’ll explain how I managed to become hyper vigilant in the safety of the Saint John Library. If there is any value in this post I guess it is in a peak behind the PTSD curtain. I was over tired from the late night rock show and drive to the city, so my defences were non existent. Before my reading, a drama group presented a scene from a local, award winning screen play.

“The soul that lives within my chest, just won’t allow me to turn out like the rest.” Wow Ivan, there is a line delivered when it counts. The truth is PTSD is inside me now, it is part of my soul and it has its own power and while it leaves me “looking normal” like the rest, it makes sure I know I am not. It wields enough power to leave me trembling alone at home. That wasn’t an option in Saint John, although I desperately wanted to run home. Instead, I followed the plan of staying angry and avoiding self nurturing to push my way through this library tour.

Back to the screenplay, the scene involved the violent murder of a man. He was beaten to death by an enforcer working on behalf of another criminal. I was sitting there in the library waiting for my turn, but I wasn’t there at all. It pulled one of my triggers and the gun went off with a world shattering blast. Instantly, I was back walking through a gruesome murder scene inside a Spryfield crack house. Years ago, I walked that scene alone with my camera. I went in seconds after the police cleared and before the slumlord knew it was his to take over again. A cop slipped me in. A professional favour.

The blood, the kicked in door, the broken furniture and mess all over the apartment told the story of a young man murdered the hard way, blunt trauma. He was pounded and kicked to death in that room and I could feel his struggle and desperation as I recorded what I could for television before clearing out.

Now this wasn’t a trauma, not even particularly gruesome by my experience, but that’s the beauty of CPTSD. It will take you back to places that didn’t bother you at the time, and make them bother you now. So I was as tense in the Saint John Library as I was that evening inside that bloody crack house, and I was again feeling the empathy that filled me there, the agony suffered in that place swept over me years later in a safe book filled room as I prepared to read a thirty minute chunk of copy.

Like I said, I struggled with my breathing during the reading and had to stop a few times to drink water and regroup. The people there told me they couldn’t tell; I could. “It’s okay to cry out when it’s driving you insane, but somehow, someday I’ll have to face the pain.” There you go Ivan, siding with the docs. Don’t you understand I don’t want to face the pain anymore. Not now, not here in Sydney and not there in Saint John last week. All I’m asking is two weeks of physical strength to make appearances, read some copy and sign some books. Why is that so much.

“My heart’s an endless winter filled with rage,” ahh, true Ivan and I use you to stoke that rage, it gives me that physical strength. Rage works. It gets me standing in the front of the room smiling and chatting with those who’ve come for a reading. It doesn’t help me to breathe during those readings because rage, like hyper vigilance, tightens the chest too much.

After Saint John I backed off the no nurture rule. When I got home I did look after myself. No hate metal, no leaving the house at all for four days. Not until I had to load up and leave yesterday. So driving here it was a Death Punch road show. Time to push the inner anger back to the place where it would force me to say fuck it, and do things my self nurturing voice would be begging me not to do. This time I wasn’t as hard headed. I decided to tell the people in Sydney that PTSD meant sometimes struggling for breath and might mean me pausing a few times. They understood, I did have to stop and they were generous. It went better than expected but damn if I wasn’t triggered again.

This time it was a murder, arguably more brutal than the crack house beating death. I drove past an old crime scene as I headed toward Sydney. I won’t go into detail because that victim jumped inside my jeep and came to Sydney with me, he’s still here. He came to me in the dreams that forced me up and into this metallog.

“It seems like I’m going insane, getting farther and farther everyday. I just swallow the pain and always will.” That was the plan Ivan but it’s not going well. Swallowing it and ignoring it are leaving me tight chested and struggling through my own readings and fighting the urge to run from the room. “Welcome to a day in my life, welcome to a day in my fucking life.” Is that it then Ivan. Is this to be the new normal. If I choose to leave the house, this is what my life will be. No, I don’t think I accept that.

I know ignoring the symptoms and stuffing them down with anger is getting me through right now, but I can tell by how easily triggered I am, that it is causing me harm. Maybe that’s the new truth. I must accept the price of my new dream. If I want to go outside and play author, I need to understand that the ferryman will expect his full payment.

So, here I sit in the Pier, hours before my next reading. It will take place at an idyllic Tea Room on the Cabot Trail at noon and I will be tired; that’s okay. I hope the murder victim sitting with me now will stay behind. Of course I know there are other murder victims I’ve left behind between here and that Tea Room. My PTSD wants me to go back home and stay there. Avoid old crime scenes and other triggers and self nurture.

Damn, that makes me angry and for now anger is enough. Ivan let’s take a drive. The Trail is beautiful in October. Just do me a favour and lock the doors.