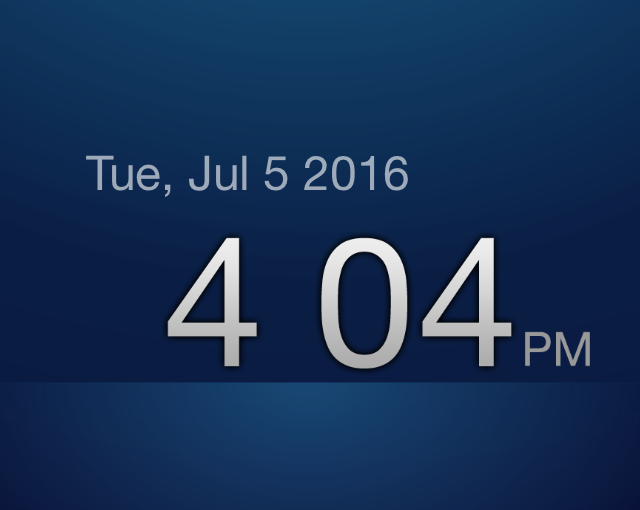 Have you ever looked at the clock at four in the afternoon knowing you will see it in twelve hours. That between now and then there will be images you cant bear to see, but you can’t look away. They play inside your eyelids. Or maybe, look at four o’clock, and wonder if you go to sleep now will tomorrow come faster, will it be better.

“I spoke to God today, and she said that she’s ashamed.” New band pushing the exercise today. A little Five Finger Death Punch to feed the rage. “I’m on the wrong side of heaven and the righteous side of hell.” Seems fitting. And like God I’m ashamed. I had what is best described as a fantastic day yet here I sit in dread. The morning was bleak, the afternoon glorious with a visit from a true artist. She and her husband have opened the door and told me I can come in and be a member of the tribe.

That’s pretty spectacular to a hack like me who spent a life time cranking it out to the clock. Oh yes, the clock. I’m alone and riding the slow moving second hand again. It’s fair I guess. In my career I was chased constantly by that second hand. Now it wrings the life energy from me. I know I can’t go to sleep now, just as I know I won’t sleep much anyway. When you’re hyper vigilant sleep isn’t much of an option.

“Try and break me down but you will never win…..I am sin.” Hmm where to take that. This is one angry band. But if you listen through the animal screams they can write. Sometimes I feel this is my animal scream. It’s healthy, and I’m pissed just like the band. “I’d rather be anywhere, anywhere, anywhere but here.” I hear that.

PTSD takes no prisoners. It’s like a force of nature. It will be what it will be. You can chose to ride it or jump off. Those are the two options that constantly make themselves known to you. My docs would disagree. It’s treatable, the symptoms can be reduced. There are tools. Yes to all that, but in the end, for me at least, it’s stronger than the tools, the treatment. It can be triggered by a smell, a thought, a sound a simple whisper. And when it returns it roosts for as long as it chooses. “If the world stopped spinning tomorrow I would not shed a tear.” Sorry lads I can’t give you that.

Today was bad and is bad again. But the glory of a few hours spent with a smart friend. No hand wringing sympathy, no tears. Intelligent questions about the beast are to be expected and are okay. But mostly two writers talking about writing. Wow. If I fell victim to those urges we discussed yesterday, I would never have lived that beautiful afternoon.

“Ready to throw down, this is a showdown, you get the memo cause it’s all about to go down.” Loving this band. Truth is this is a showdown. But PTSD isn’t winning. It’s showing me the truth. What matters, what I truly care about. The stuff we are far too busy to think about when we are busy making a living. I need to find the space to just try living, not making.

I am in anguish right now, that’s the best way to describe it. The pain in my heart is real, the tears on the verge are real. “Every body hurts, every body bleeds.” Exactly. We are alive there is pain. I’ve witnessed more than most, and failed to own it when I had the opportunity. It would have served me better. I pay the ferryman now. Yet, PTSD is teaching me the beauty of life, in tiny doses.

Well today I discovered why. There weren’t the three. They were there when I arrived and I spent time with them. But two others were dropped with them. The unique smell of a freshly burned human is nothing that ever leaves you. Dropped on a sidewalk beside you it is unbearable. Those two forgotten corpses blew my mind and turned me numb back when I was twenty. It was past my limit of comprehension. But. I did a good job, and got a pat on the back. Made the all-mighty lead slot. “I’m gonna knock you out.” Indeed it almost did when I realized I had forgotten two dead men all these years. How does that happen.

Now I feel I owe them a debt and I suspect I’m about to pay it because they have a grip on my psyche I can’t break. But that’s okay, they earned it. Maybe I’ll go write about it in my journal. I can get more inside it there. I’m going to have the time. PTSD doesn’t stop time it just slows it to a tortuous pace. And sleep. Sure, it lives there too. Time for the ride.