Losing your way in the deadly PTSD forest 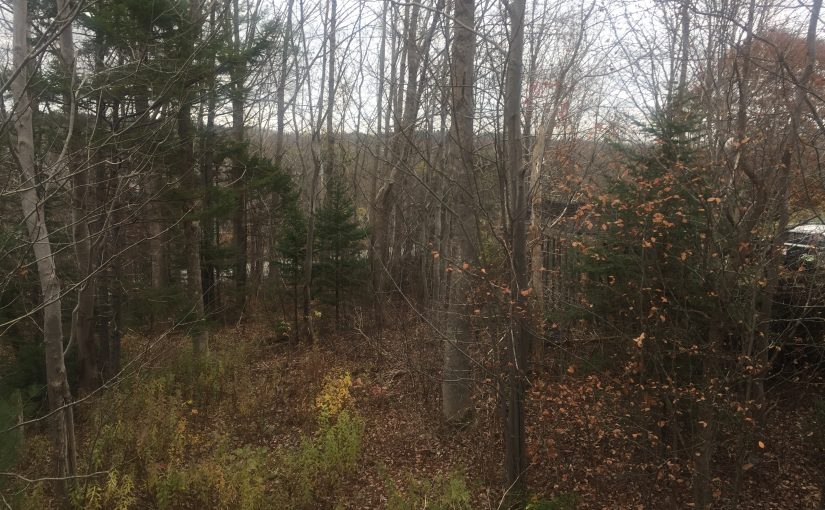 So what the hell is a flashback. It’s not what you might think. Not what Hollywood shows us; some violent or grotesque image that fills the mind’s inner screen. The image, smell, sound or invasive thought that causes the flashback is just the trigger. The trigger doesn’t always linger, thank God. The flood of body numbing emotion it sets off does. It’s fear, anguish and regret turned up to ten. Emotion so strong you lose control of yourself and give way to its immense power. Your adrenaline races trough your body and then boils inside with nowhere to go and nothing to do. You become emotion, you have nothing else. I’ve just spent three weeks locked in the deepest flashback I’ve suffered in two years. It’s not hyperbole to say it was a life and death struggle. Let me get to that slowly, if at all.

The rage of death metal pushes the headphones and the tone of the writing this morning but I don’t think I’ll play the metallog game and allow the lyrics onto the page. The point of that game is to occupy left brain so it’s doesn’t interfere with what right brain has to say. Left brain with its logic tries to keep feelings off the page. But in fairness, it is exhausted because it has been to war these past weeks.

PTSD separates your brain between the sensory and sensual just as writing can. In truth it’s not the right and left lobes at play, it’s the conscious and subconscious but it feels the same. What you think logically, and what you feel so deeply are at odds. Left brain, or conscious mind, uses all the therapeutic cognitive tricks they teach you. It does everything to keep you from sinking all the way into the hell of the darkness that consumes your subconscious.

I’m sorry if I’m not clear today. This is my first attempt at pulling myself back to my feet. I hope to shed some light on PTSD, but that may be beyond me now. Im just happy my fingers are moving again. That too is no exaggeration. On Wednesday I sat in this chair from five am until five pm immobilized by fear. I wanted to try one of these blogs but couldn’t pick up the iPad. I was fighting for my life but I couldn’t move. I looked catatonic. I looked like I should just shake it off and get up. I wanted to. PTSD.

When darkness fell I went to bed to try for sleep, just to make the day and the terror end. I gave that battle up at 1:30 am and returned to the chair. The emotions and anxiety ran so high my throat was closing over as I took shallow breaths. That activated my gag reflex, so I fought to sip coffee. PTSD.

All night, left brain or conscious mind told me over and over it would pass. The fear was not real, I was safe. You really do know that, cling to that. But the physical power of the lingering flashback mocked everything conscious mind tried. I was losing, sinking. I was tired. The battle was weeks old by then, sleep was illusive and the darkness was blanketing my mind and body. You can exhaust yourself in a mental war.

Conscious mind kept working just above the surface, my lifeline. It told me this flashback was staying at a full ten because I had stopped taking one medication and cut another to just a trace. I vowed to go back to the doctor. Now I have a new prescription. I was not strong enough to do this without that help. I know that now. I hate it, and feel weak. But there it is. I tried. The point of these posts is to learn, so there’s the real lesson I guess. Don’t fool with the meds. But there may be another lesson.

I don’t remember what triggered me into this hell. It doesn’t really matter. The point is to survive the emotional tsunami so that was my focus. In the early days a caring person who shares this journey sent me a simple message. A Mountie I knew and worked with had killed himself. In my darkness my initial reaction was not one of horror or loss. It was envy. I felt he was finally free and that notion pulled at me. I could not shake the feeling and I was alone. It scared me.

Left brain reminded me of the USDSM. It’s the PTSD or mental health bible. If your symptoms don’t match what is listed in the Diagnostic Symptoms Manual you don’t have the disorder. I learned that from soldiers who didn’t describe their symptoms in the exact terminology to doctors and were misdiagnosed and denied pensions. They were left fighting for a new diagnosis and living with this monster. Something that tragic can only be true.

I looked into the USDSM back then to see what the hell I had. One of the basic symptoms listed is suicidal ideation. It looked so strange on the page. It’s there with insomnia and hyper vigilance and the rest. So, as I sat in my chair remembering that Mountie and thinking about what he’d done, I focussed on that symptom in that manual and told myself repeatedly I am not suicidal, I want my life back. I want to write again. Suicidal ideation is a symptom. An invasive thought no different than the triggers and flashbacks. Just an ugly part of the package. Doctors had warned me to be ready. Told me it would happen. I was not and am not suicidal, but I am no stronger than that Mountie. Not even close.

We lost two more soldiers since that Mountie lost his battle, and I envied them as well. Today I don’t. I cry for all three because they couldn’t hang on through the darkness until it passed again. That’s the thing of it. What is a flashback. It is a hell on earth that feels like it will never end. It doesn’t last a moment or an hour, it lasts for days, weeks. You become a slave to your emotions. You are exhausted. Sometimes you self medicate it away. Sometimes in that altered state left brain goes to sleep, and you give in to one of its basic symptoms. You act on an invasive thought you can’t shake and you can never undo that one compulsive act, that one awful moment in a war you wage alone. PTSD kills, it’s not suicide.