Home / Blog / PTSD / My book is terrifying me, a #PTSD success story.

My book is terrifying me, a #PTSD success story. 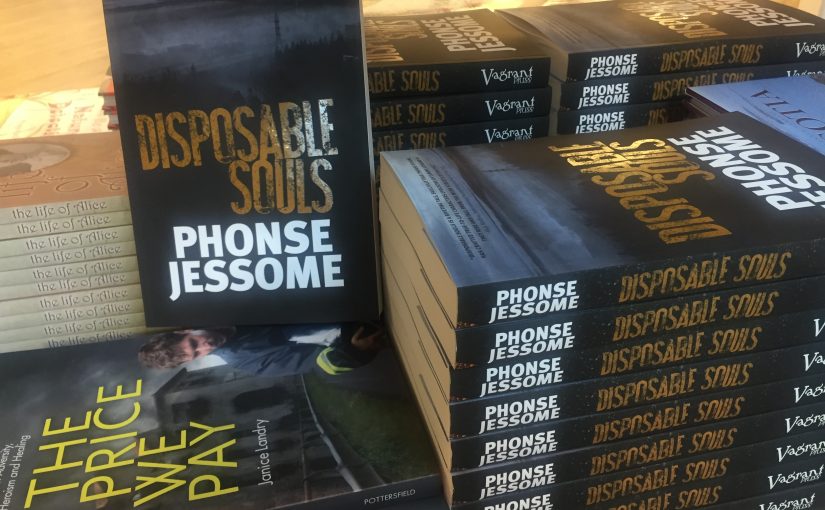 Things are mixed here in the cave. I’m humbled, thrilled and terrified all at once. I’ve been riffing all week on the journey of a book as I try to sort through it all. I thought I’d take it here to see if I can make any sense of it. Metallica is back in the driver’s seat as we begin yet another Metallog. James is telling me I’ve reached the “end of the line” and that fits nicely with where my head is, and to a degree where my book is.

It sounds odd to say the book is at the end of the line as it first appears in stores, but for me it is. You see that book has been my lifeline for almost twenty years. I wrote the first draft when the PTSD symptoms first started — my God, that was in June of 1998. Months before Swissair tilted my head beyond recovery.

James tells me “the slave becomes the master”, and it is true. The book was very much my slave. The secret hiding place where I took my darkest thoughts, where I hid in my darkest moments. I could escape myself when ever I wrote. I still do. I had two bestselling books already, so to toil away at one was okay.

I created Cam, a character with PTSD and tried to unload my problems on him, to see if he could figure the shit out. He was the only one who knew, not my family and certainly not my doctor.

I wasn’t outed for almost a decade. I changed employers to get away from people who were noticing a temper that was new, and hands that couldn’t quite keep a cigarette steady. I went to work for a bigger network, and hid in the solo job of VJ. “what don’t kill ya make ya more strong” wails James. “Through black days, through black nights through pitch black insights”. That’s how it worked James. I poured my insights into the book and it did make me more strong.

Well, until 2007 I thought it did. That’s when I surrendered to the symptoms and went for help. That was the first psychiatrist I blew off. He started the conversation by telling me I had PTSD and could never report again. I don’t know what he said after that. I went back to the job I loved, for seven more years.

My deterioration over those seven years is not something I am proud of, nor am I quite ready to share it. But there was a constant. I took the book seriously for the first time. I stopped using it as therapy and began plotting. I knew I’d never finish out the clock as a journalist, 2027 was too far away, I couldn’t survive. I was self destructing. I told myself I’d take my shot at being a stay at home writer with this work.

This was no consolation career I was chasing. I got into journalism to learn to write. I’ve wanted to be a noir fiction author since discovering Mickey Spillane at about age 11. Still, it felt like a desperation play. I knew Canada couldn’t support me if I had to quit day to day journalism and become a writer, so I researched agents in New York, looking for the perfect fit.

I remember the day I connected with my agent. I was shaking in my TV truck waiting to get that one-chance shot of a killer as he was led shackled into court. I was alone, the papers and other networks didn’t know about the arrest yet. I was trying to control my shaking hands so I could handle the camera well enough in the eight or so seconds I’d have to bag the bad guy. I impulsively grabbed my phone as I watched for the prisoner van. I called the agent’s office in New York, bad form. A formal written query is required with a self addressed stamped envelope for the no thank you. You never cold call, but I was desperate and couldn’t wait. It worked, they wanted the first fifty pages. I calmed down as the van arrived and I easily got my exclusive.

“Still you run, what’s to come, what’s to be,” sings James. That was it for several more years. I kept running and gunning at a job several doctors had by then told me I had to quit. I was rolling the dice in New York. “Luck runs out” thanks James.

We received “positive rejections” from some of the biggest publishers on the planet. Lengthy hand written rejections that had my agent thrilled. I got up every morning at three to read the latest from New York. My agent is a night owl and I worked the early shift. It was the best time for me to read his mail and respond before chasing the next disaster.

I was still functioning at a high level at work, doing award winning stuff. But I was imploding. My Doctor was nagging, my family was afraid, but the book kept calling to me, telling me it was going to be okay. Cam, the protagonist I’d tortured in the name of therapy was on his own in the big apple telling me “I’ve got this” so I motored on.

For months I rode two trains, one racing toward a future safe at home writing books, one racing toward a cliff. The worse my symptoms got, the better the news on the book. It just kept pulling me out of the biggest holes I’d find myself in. Finally the book found two homes. My own publisher here in Canada had first rights and a big republishing house in New York owned by noir fiction legend Otto Penzler took global rights.

Great news. Too late. I found myself sitting on a bench at Halifax Stanfield staring at my camera on the floor. I’d just interviewed the survivors of a very near plane crash. They were sick and in tears, it was highly emotional stuff and maybe triggered some Swissair flashbacks. I can’t remember.

“Your luck runs out”, yes James it did. I did my live hits into morning radio and filed for the web but I could not pick up that camera and shoot the final few minutes of video. I couldn’t do it, I swear. “This is your Confession….hunt you down without mercy…hunt you down all nightmare long…cause your luck runs out”. Indeed Mr. Hetfield my nightmares did hunt me down.

I dragged the gear back downtown and asked another cameraman to go shoot the final shots while I started editing. I don’t think I even gave him an excuse. I filed that story and hosted the morning show the next day. Then I left to see a doctor. That’s how my 33 year career ended. In a near silent whisper. Within days I was in hospital diagnosed as sleep deprived, dehydrated, with active Chron’s and with a slammin’ new diagnosis of severe CPTSD. Medical jargon for fucked.

That is how I ended up here shaking at home, typing in a musically driven blog and hiding from the world. But the book, it wasn’t finished. Cam, had made me promises. Well, he’s making good. He’s back, in stores and for sale. But, he’s calling me out. He needs me to do readings, signings, a big launch in Digby this weekend. Interviews even. My doctors are saying maybe I can handle it, but they are not optimistic, and everybody including my publisher is handing me a white flag, a free ticket out of all public events.

“How could he know this new dawn’s light would change his life for ever.” Jesus, James don’t do that. You’re scaring me. But that is the question that haunts me. Is this my new life. Can I have a life outside these four walls. Do I want one. Can I handle crowds and a microphone again. Should I. The truth is the journey of this book has been my journey. But, I crashed and burned. It didn’t, and now it’s scaring the hell out of me. Has the slave become the master, do I answer its call. I think I must.

These events will be terrifying, I know that. With PTSD, crowds, noise & strange places are all serious fear triggers. I tested myself by going to the big new food court at the Halifax Shopping centre Friday. The panic and urge to run were so severe I flashed on a time I had a gun pulled on me and was forced to stand rooted in place despite the overwhelming urge to run. The desire to flee the food court was equally strong. I will feel like that, but you won’t see it. I mastered the art of hiding my hyper vigilance and fear before my crash. I just have to use that old skill set if I can. Either way I must. To crash and burn again would be better than flying that white flag and never knowing.

FYI. This is not meant to be dark. I am grateful to be in this position. But I promised honesty as I explore how PTSD has changed me. Dreading my own dream come true is one way.