#PTSD is Playing the Strings. 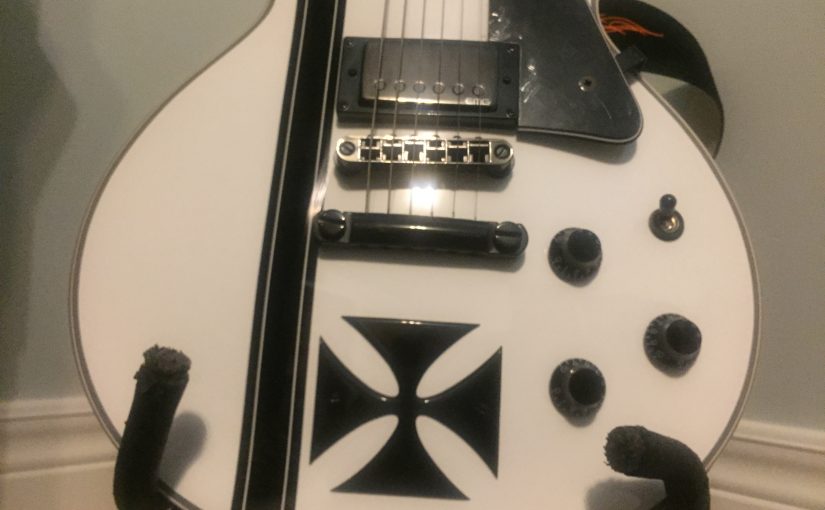 It’s two am, do you know where your insomniac is. He’s typing away on his iPhone with Metallica’s Master of Puppets album in the earphones. I’ve never tried to journal to this album. It might be too up and hook filled. It is the album’s 30th anniversary though and it has been inducted into the US Library of congress. Not bad for a garage band of kids. Okay I switched to iPad, the phone keyboard is too small for my bleary eyes. Ahh here comes the title cut. Nice riff out of the gate, great tone. I’m supposed to learn it. Ever since Dr. Crane and Dr. Balla recommended music therapy in general, metal therapy in specific and Metalli-therapy to be precise. Healthy place for the hate.

“Master of puppets I’m pulling your strings, twisting your mind and smashing your dreams. Guided by me you can’t see a thing.” James is singing about cocaine but he could be singing about the treacherous trap of mental illness. It’s not a coke high, it’s when your fears become your master and you become a lifeless puppet. If PTSD is the master, it isn’t interested in watching me dance. It wants me sitting in a frozen lump doing absolutely nothing. It doesn’t even like these metal logs because they have a carry over effect of positive energy that can linger on for hours. Especially when I read the kind remarks some of you leave behind on Facebook. Those few words or likes or shares are worth more than you could possibly know. They fool me into thinking I am not alone. Yet I know I am.

Let’s get back to the dance. Music therapy is a long accepted form of therapy for head cases like me ” Master, master, where’s the dreams that I’ve been after. Master, master promised only lies. Laughter, laughter all I see is laughter.” True dat James. The notion of me picking up a guitar and learning this tune is laughable. Not that it is overly complex, it’s just that I can’t breathe when I hold the guitar. Just slapping it on and plugging it in, running through a couple of heavy riffs or a pentatonic run gives me a feeling of happiness, of power. The moment that settles over me, and I recognize it, the shaking begins and I reach over and kill the toggle switch and put the guitar back on it’s stand. I go back to my chair and stare at nothing and tremble. I fear the master, I fear any emotion as powerful and uncontrollable as joy, and like cocaine the master will not let me do what I want, only what he wants.

It is pathetic that I can’t even pick up a guitar and try to find some simple peace in music no one else will want to hear, but that I want to play. To feel, to really feel. It’s the same with writing the new book. When I try, I lock up. “Messenger of fear in sight. Dark deception kills the night.” No question PTSD is the messenger of fear James. It’s dark deception seems to kill all. Everything accept this feeble effort at distracted journalling. “In madness you dwell.” No James, in madness I rot. I am not dwelling, for to dwell implies living and let’s face it I’m not. This writing seems to be all I can manage most days and that’s because I do it in the middle of the night.

“Drain you of your sanity, face the thing that should not be.” This isn’t a bad album to journal too. I’ve never had it in the headset before. I do face the thing that should not be. I try every day to face it, make deals with it, come to some accommodation but my back is against the wall and I’m down to my final demands. Let me write, let me learn to play some metal guitar and let me live a quiet life at home. I don’t have to go out any more, that’s okay. But the bastard won’t even give on that score. It robs me of the ability to write, to practice, at times to even enter my home office where I can do those things. You don’t know mental illness until you’ve watched a clock turn for twelve hours and accomplished nothing more than survive it.

Oh Sanitarium hits the earphones. I riffed off the live version of this one once while inside a holding cell of my own. I’d like to say I’ve come a long way but the veneer between me and that cell is as fine as gossamer. “Sleep my friend and you will see the dream is my reality” so true, and when the dream is a nightmare?

I tried my dream last night. I was alone and grabbed a guitar and plugged it in. My guitar therapy teacher restrung this one and tuned it way down into 5FDP territory so I worked out the opening to Dot your Eyes. It ain’t rocket science when you buy the music book. I had the first few refrains in a minute or two. They sounded fantastic, crushing distortion, guitar verging on feedback, all controlled by my hands. A feeling of power, of control. Then within ten minutes a feeling of fear. Try learning a riff with trembling fingers, nope, down goes the guitar. Don’t get me wrong that’s no nightmare. That’s a win. I picked it up and plugged it in if even for a moment. Today I promise my sleepless self, hell I promise you, I will grab the Metallica guitar and learn the opening to Master of Puppets the same way. Ten minutes is ten thousand times better than no minutes. It’s a forward step, damn the master.

I don’t recognize the song taking over my left brain now. I owned no Metallica albums before Dr. Crane recommended the band and the book Metallica and Poetry as vehicles to use. I’m worried about the return of sleeplessness, when this happens it usually lasts many days and I have to leave for Saint John in a couple of days, and read from my book and even teach trauma journalling in this style. I’ll want more than three or four hours of sleep to pull that off. I don’t want to be journalling for sanity in a hotel room, I want to be showing others how it can redirect your brain away from the darkness that’s all.

“Spineless from the start—the circus comes to town, you play the lead clown.” I know James is singing about an evangelical preacher, but can’t the same be said of what I’m trying to do now. Go out into the world and talk to strangers and sell them on my Noir Fiction religion. Naw, James I think I took a wrong turn on that lyric. Give me something else to play with.

That said, It is a bit much standing in front of a group of strangers reading something that came from your heart and knowing, polite applause aside, most won’t buy it. I never worried about selling my first two books. They did that all on their own. I didn’t do readings then, the topic was too sensitive and violent for my publisher to promote. That was cool too, I was too busy chasing the next body to fall.” Time to kiss your life good bye.” I did James, that life anyway.

This book is more important because it represents the next book. If it sells the publisher wants another and then I must go into that room with the guitars and sit at my computer and take you and my characters on an entirely new journey. I fear I cannot do that. Still, it’s what I want more than anything, more than learning the opening to Master of Puppets. I want. No, I need to do something meaningful. I need to create something people will want to own and read. Then I am more than a waste of oxygen who sits in an arm chair rambling blindly on a virtual keyboard listening to an album more than half his age. No this is not enough. This isn’t even close. Write about that James. I want more. I need more. Damn the master and his barbed wire strings.